Airmail singles from the Philatelic Bureau (PB) and also from Presentation Packs.

First of all available from Presentation Pack No 67 (PB number DP037); and Philatelic Bureau Set US002. (The latter number was the Bureau’s code for the Worldwide Postcard single stamp). This US002 number first appeared in the Bureau’s Stock List in April 2004 priced at £0.49. The final entry was dated April 2008, valued at £0.56.

It is especially relevant that the stamp is die-cut with a plain white backing.

In conclusion the perforation is 15 x 14 with two phosphor bands (bright fluorescence).

This example has two good short bands at the bottom.

You are buying ONE airmail “Worldwide Postcard” stamp with short bands.  Our reference B3a.

Do not confuse with the normal booklet version of this error – our reference:    Machin UJW12 Single Airmail PC Short Band.

First of all, stamps will be despatched by Royal Mail. So see our Shop menu for postal options. Postage  We only charge postage for the first item in most categories. Any further items purchased would not increase the final postal charges. Furthermore we do not charge you for envelopes and packaging materials

If required, Recorded Delivery or Registered Post is available. Consequently, loss or damage compensation is claimable if one of these options is taken.

These Airmail singles were issued between 2003 and 2010. Because customers may not have wanted a full booklet, the PB issued singles. As the stamps were self-adhesive the PB decided to die-stamp or guillotine these issues to make marketing easier.

Catalogue numbers for these stamps are difficult to allocate. Consequently we have numbered them between A1 and F14. The A to F designation refers to the six Presentation Packs that the stamps appear in. The numbers 1 to 14 denote individual stamps within the packs.

In conclusion, all of our stamps are in an excellent condition and are unmounted mint. Any variation to this statement will be mentioned.

If we have made mistakes with this write-up please let us know about them!

We are members of the “Great Britain Philatelic Society” (GBPS):  http://www.gbps.org.uk

NB Generally the fluorescence was bright on A1; A2; and B3. The remainder being dull fluor. There may be other variations of fluor, but the above examples were from Presentation Packs that we ordered from the PB on numerous different dates. 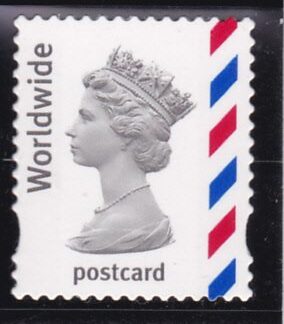